Auction houses do a tremendous job in educating and promoting very unique and one of a kind items, especially when it comes to Fancy Color Diamonds. We have seen how Christie’s has been able to offer the world’s most unique diamonds in all colors. We have also seen Sotheby’s being able to break several world records over the years.

But what happens when something fails to sell, or even worse, when something sells, and the buyer fails to pay… What Guarantees, if any, are provided by the auction house?

The Potential “Burning” of a stone

On many occasions, auction houses begin their work on promoting unique diamonds well ahead of the actual auction date, sometimes, even six months earlier. They take the diamond on consignment, contacts its most prominent clients, and past buyers of similar diamonds, and pitch the new diamond. Some of these diamonds had arrived directly after being polished for the first time, never been owned by anybody (other than the polisher). Sometimes these unique items have been closed up in a safe somewhere and have not seen the light of day in 10, 25 and sometimes even 50 years or longer.

When is being famous affects negatively a diamond?

Who has not heard of the “Pink Star” Diamond? or the now famous “Shirley Temple” Diamond? or how about “The Princie” Diamond? if any were not famous before, rest assured that now they are, at least to all those that read or follow the auction houses, or even simply read the newspapers. 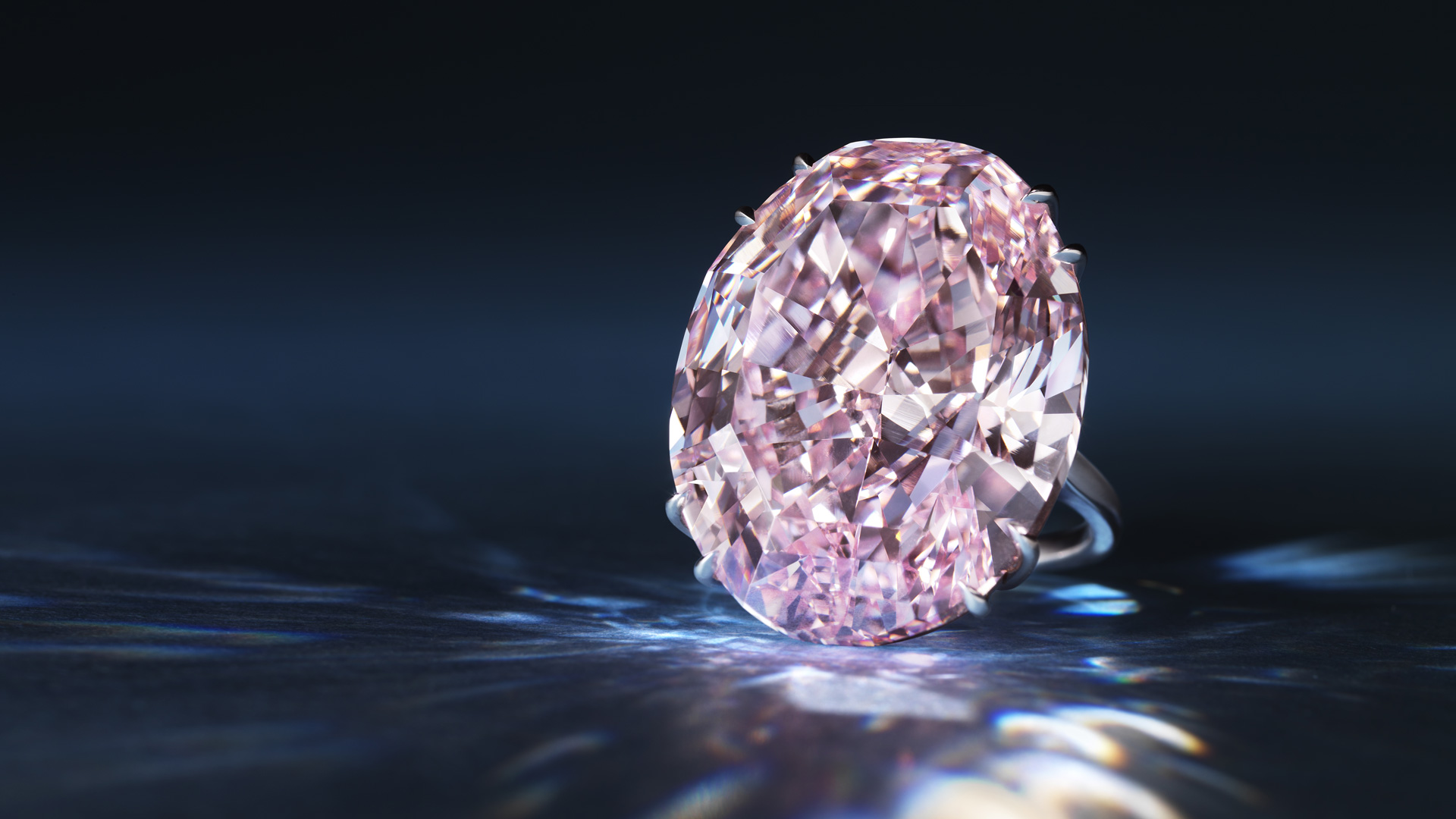 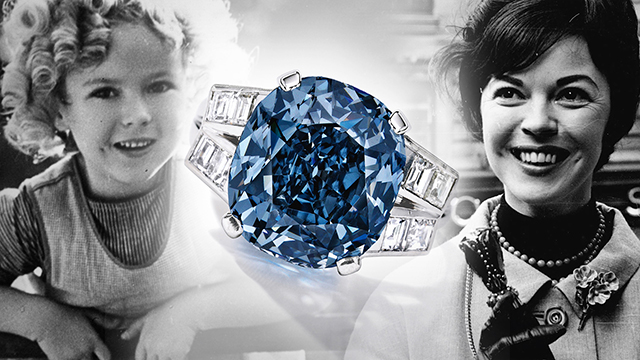 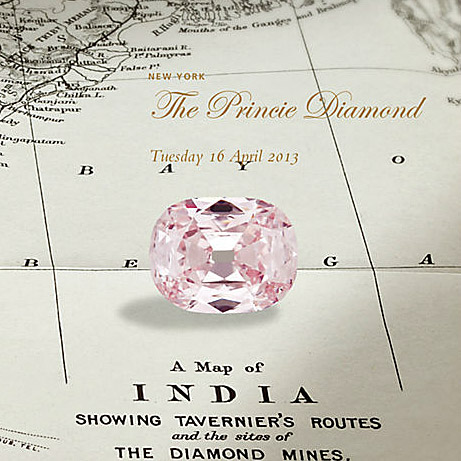 Each of the above diamonds were unique and one of a kind. Not only for their natural fancy color diamonds characteristics, but also for their provenance. Each has a rich history, going back a few years, to a few decades, to even a few hundreds of years, and each with an interesting story.

What happens when all is put behind, the dust settles, and the world continues to go round and round…what ends up with the diamond?

In the case of “The Pink Star”, after almost three years, being stored with Sotheby’s, it now resurrects from the dead, and now being shared between three parties. How will that work? Will the potential buyer want his new acquisition known? even though it can still sell privately.

Who will want to buy “The Shirley Temple” Diamond? will the buyer keep it as such? or will it be removed from its current setting, and mounted on a new piece? these are some of the challenges when a diamond was once sold at auction, and then for whatever reason re-appears at auction shortly thereafter. This is what also happened with a Graff Diamond, recently appearing after a short year, when it was sold by Sotheby’s, and to a pair of bracelets once owned by Bunny Melon. 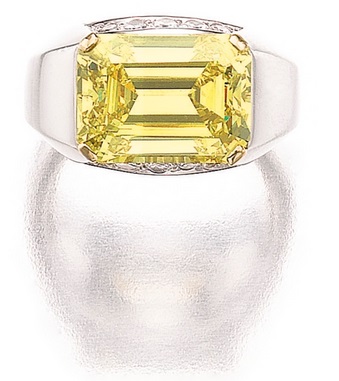 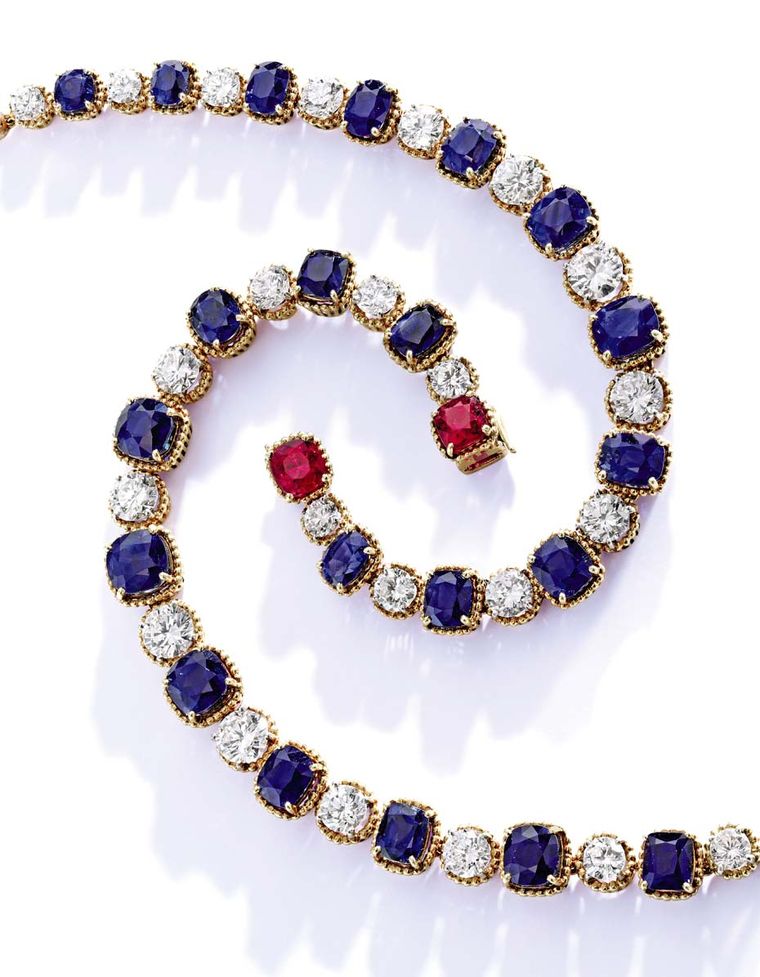 The guarantee of a sale?

Does The auction house ever guarantee that an item will sell? Of course not, they make every effort to sell the item. They review if the item fits the profile of their potential bidders according to historical information. They also make recommendation on valuation using experts, and where necessary and requested by the seller, they put a reserve value. The flip side to it, is that should a seller want to put a high reserve, they will most likely decline to list the item or will want to decrease the reserve value in order to attract more potential bidders. This will ensure more bids, and in turn, will most likely increase the potential price paid by bidders, as now it becomes an emotional war between the bidders. But, lowering the reserve price gives the seller a lower guaranteed price, which be too low for his taste.

Is the commission paid by both sides Justified?

The auction house goes to great length in showcasing the diamonds in its auctions, from printing the one inch thick book for each auction, flying the pieces around the world to show potential bidders, simply put it…making noise. But after all this, are the fees paid by both buyers and sellers justified?  Some may say yes, while others may say no. I guess it all depends on how you want to see things, but let’s be a little more realistic. Can we assume that those high net worth individuals, who are really looking for something unique can find those special pieces without going through the auction house and pay a hefty 12% commission (those high end items above $1 million in value), and any other fees and taxes (depending on which country the auction took place…)?
In some cases it is difficult for the buyer to psychologically accept a 12% commission on a large purchase, since marketing expenses are not that higher for a $3 million item, like a $12,000 item.

The Lesedi La Rona is a perfect example

At first, it was estimated to sell for $60 million, prior to being offered at auction. Then, the rumours started that it would sell for $70 million at auction. Some, (including us) have started to be leaning towards a $100 million valuation. Why is that?

If the rough would have sold for the $70 million estimated by Sotheby’s, then after fees and commission it would have reached a value well over $78 million. I doubt anybody will justify an $8 million fee for something that was not needed. I mean, everybody knew who the seller is, so what value was Sotheby’s trying to offer the bidders? The rarity of the diamond would have sold it at the right price. What is exactly the right price? The highest price a bidder willing to pay, and actually pays. In this case if the highest bid was $61 million, adding commission would have made it to over $68 million. Knowing that Lucara would have paid a commission of around 8%, they would have netted just over $56 million, well below the $60 million they got as the best offer just prior to giving it to Sotheby’s to be auctioned. 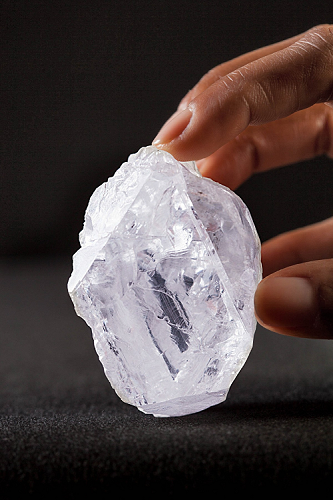 Also, not to mention that Lucara would have kept about 10% of the after sale value once the diamond would be polished, which ultimately increases the cost to the buyer.

Does that mean that the Lesedi La Rona will not sell? Not at all. At the end of the day, Lucara must sell the diamond to generate income and working capital to continue its efforts in finding other diamonds. this actually might increase the pressure on them to sell at less expensive.

Lucara, together with Sotheby’s tried to skip the full value chain and attempted to sell the diamond to a sophisticated investor. In reality, this diamond should have been offered like all other unique diamonds, to sophisticated dealers. There are only a handful of them out there that can afford such a diamond. In fact, we believe it would have been a collaboration of a few dealers together.
Lucara lost 14% of its value, or  nearly $220 million in market value, but they are still up over 100% since discovering the rough diamond, even after the failed sale. On the day they announced the discovery, the share price jumped over 30%. I assume that over the next few weeks while Lucara decides on its next move, the share price will move back up where it was; The rough diamond will sell, and Lucre’s Coffers will fill up with cash. The only investors who made money when the rough failed to sell, were those short sellers of the stock.

We think it will end up selling in the $60 million area, which we believe is fair value when considering the extra risk the buyer will have in polishing such as stone, and selling it. There is the 10% that they will have to give to Lucara. This way will save the buyer over $8 million of commission.

The other benefit here, is the story behind the stone. Going to auction, fail to sell and then sell privately, will add that much more to the Provenance story of the Ultimate piece or collection of pieces once polished.

What do you think?