The star of the auction at Christie’s last night in New York was without a doubt the Fancy Vivid Blue diamond ring designed by London jewelers Graff Diamonds. Its final price exceeded the auction house’s highest estimates by 48%, after a blue diamond at Sotheby’s the night prior was sold at a 77% premium as well. Blue diamonds are making headlines this week, but Graff (with or without blue diamonds) has been in the news many times in the past few months. He acquired the two rough colorless diamonds that made up the second largest rough diamond ever to be found: the 1109 carat Lesedi La Rona, and the 373 carat rough colorless diamond believed to be a fragment of the Lesedi La Rona, for $53 million and $17.5 million respectively. Graff concluded another major acquisition just this week when it was announced that he acquired the 706 carat rough diamond called the “Peace Diamond” for only $6.5 million. 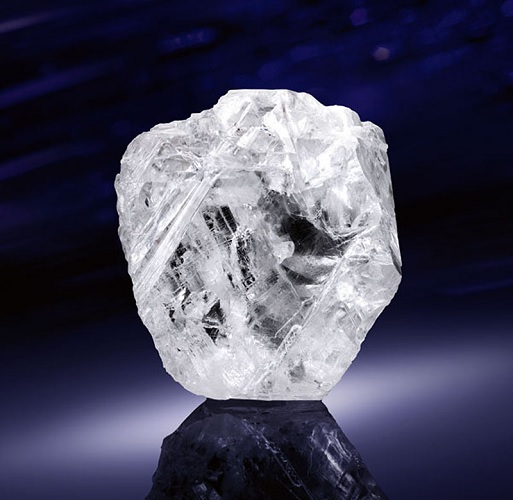 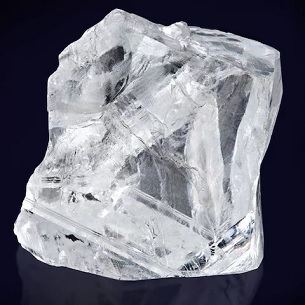 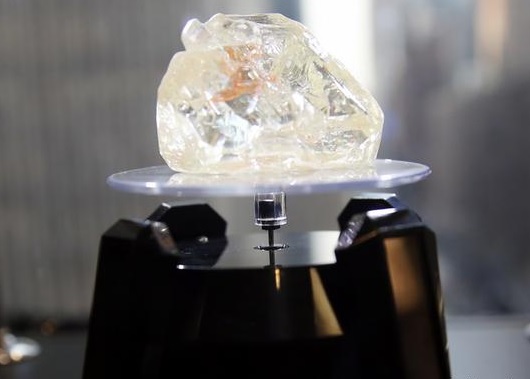 His three acquisitions show that he continues to be serious member of the diamond trade, but the ring that he put up for auction last night made that point all the clearer, after such an exciting year for the famous jeweler. The blue diamond ring featured two pear shaped Fancy Vivid Blue diamonds that weigh 3.36 carats and 2.71 carats with VVS2 and a VS1 clarities respectively. It was the rave of the auction, and the pair were the only pure blue diamonds present with no secondary tones – a trait that is highly prized in fancy color diamond investments. An interesting added value to these diamonds, which is perhaps why they were so in demand, is that if both are re-polished carefully they can reach an Internally Flawless clarity. The added value in raising the clarity grade for these diamonds is tremendous, which would make them an excellent investment if the re-polish was achieved. This disclosure of the potential for a re-polish is another step towards full transparency in the diamond industry, as traders are working to make people aware of the full potential of diamonds prior to acquisition. The ring was estimated to sell at a price between $6.5 million to $8.5 million, or $1.07 million to $1.4 million per carat. It ended up selling for $12.575 million, or $2.072 million per carat, which strengthens our claim from our last article on the Sotheby’s NY auction that prices are remaining strong for items that are valuable and unique. 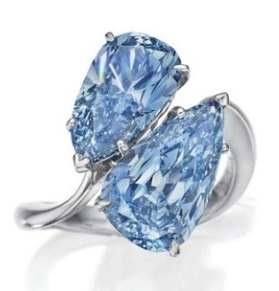 The pair of pink diamonds set as earrings ended up selling at their low valuation. The 1.52 carat Fancy Pink IF diamond and the 1.51 carat Fancy Purplish Pink VS2 diamond had an estimated combined price between $340k to $540k, but they ended up selling for only $384,500, or $127k per carat. It is a modest price, for a modest color. 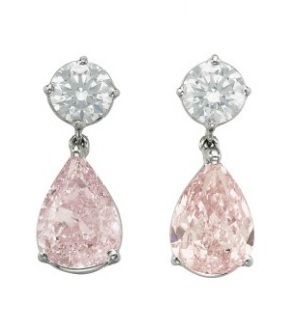 Green Is Still Not a Favorite Color Like Blue, for now…

The 2.13 carat Fancy Intense Green VS1 diamond that was auctioned did not meet buyers’ expectations, as its color did not seem to justify its reserve price. The diamond’s estimates were too high compared to the color, which was only present in the center of the stone, a fact that would belittle the diamond’s appearance in the eyes of serious buyers. The value estimated by the auction house was between $500k to $700k, or $234.7k to $328.6k per carat. 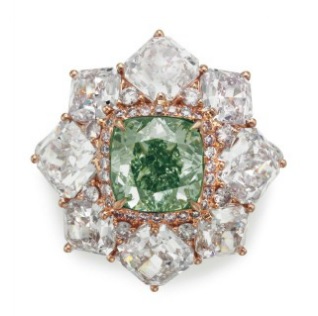 However, a blue diamond with a secondary tone did not meet a similar fate. Even though pure blue diamonds are prized the most, this does not eliminate the desire that many buyers have to own a quality blue diamond. The 3.31 carat Fancy Grey-Blue round brilliant diamond with VS1 clarity that was auctioned that evening was estimated to sell for between $500k to $700k and ended up selling for $660,500 or just shy of $200k per carat.

A surprise came along when a 2.24 carat Fancy Light Pink VS1 diamond was sold for $212,500 or $94,866 per carat after being estimated to sell at a price between $30k to $50k total. The only reason that a diamond would sell for this amount, 325% above the highest estimate, is for the possibility that it can be re-polished and upgraded to a Fancy Pink and remain above 2 carats in weight. In that case, the purchase price for this diamond makes sense. 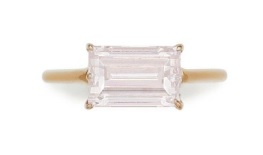 Investors proved at this auction, just like at the Sotheby’s auction on the previous night, that demand is still strong for pink diamonds and blue diamonds with serious value potential. Although diamonds have been bought and sold for millennia for the purposes of beauty, savvy buyers in recent years are beginning to understand that buying the right diamond at the right price and waiting for the right amount of time can yield an investment that is not only able to be enjoyed, but has a strong ROI.

As the auction season ends for 2017, we will do a comprehensive 2017 review with a few things to look out for in the diamond industry in 2018. Happy Holidays to all. Got any questions about how or why a diamond can be re-polished to improve its color and price potential? Ask us in the comments!